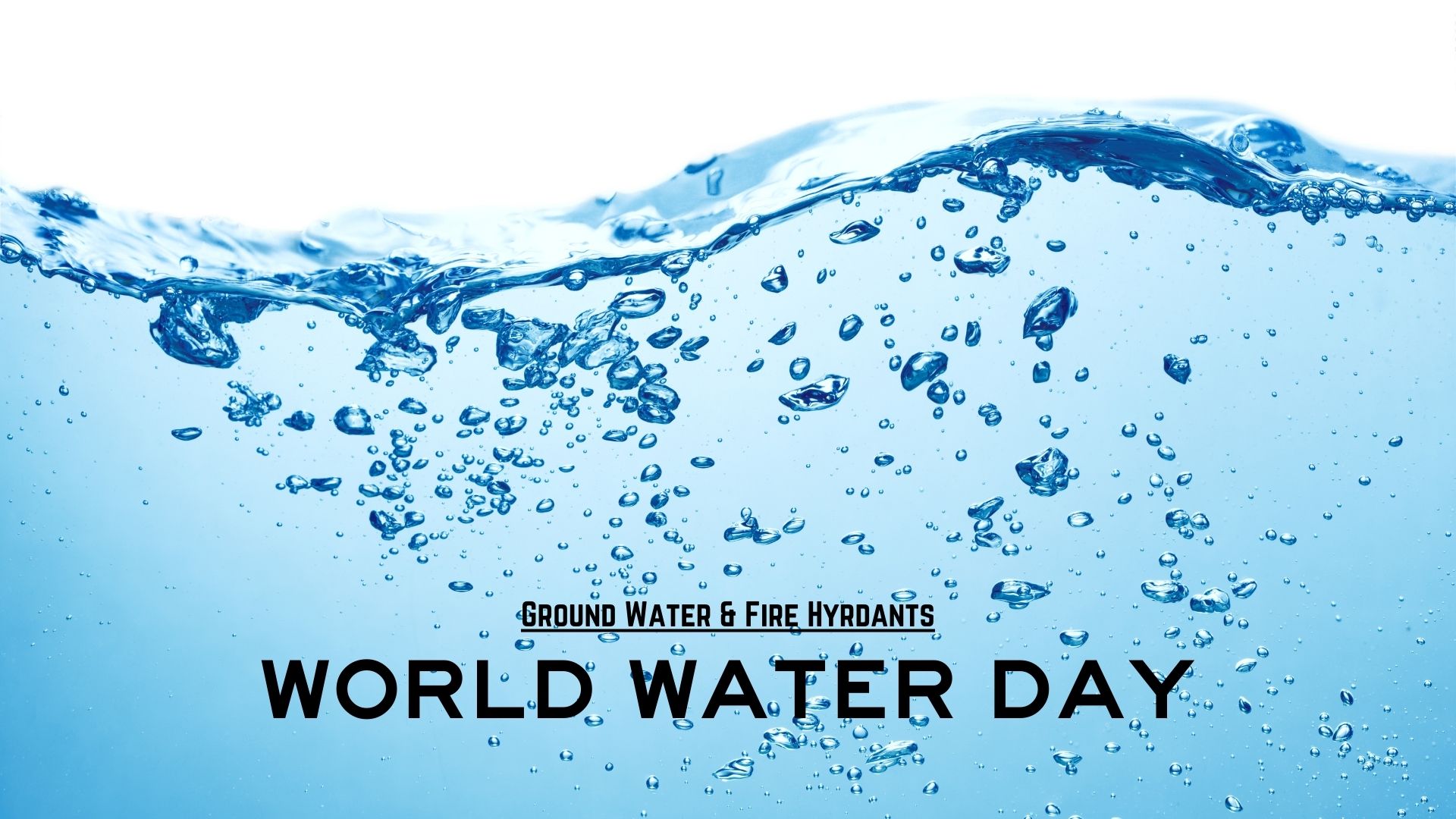 What is World Water Day?

It is an annual United Nations Observance that initially started in 1993 that celebrates our planet and the abundance of an element that we hold so dear. Water! It also aims to raise awareness for the 2 billion people currently living without access to safe water. This is a core focus for World Water Day to inspire action towards Sustainable Development Goal 6 - Water and Sanitation for all by 2030.

There is a theme for World Water Day, and this year the article is Ground Water. Previous themes included Water Quality, Climate Change, Valuing Water, Water for Cities, Water for Life, and Water & Energy. Some heavy-hitting topics, especially because water is what keeps us (and cities) alive.

Leading up to World Water Day, people and organizations host events and participate in the global public campaign launched well before March the UN-Water on their website www.worldwaterday.org. In addition, the UN World Water Development Report is released on the day itself, which focuses on the same topic as the campaign and recommends policy direction to decision-makers.

Be proactive with our maintenance programs at Velocity Water Services

Groundwater is water found underground in aquifers, formations of sands, rocks, and gravel that hold substantial quantities of water. These pockets of water often feed springs, lakes, wetlands, rivers, and seeps into oceans. Groundwater is recharged mainly from rain and snowfall infiltrating the ground. It can be brought to the surface by pumps and wells.

How Much Groundwater Do We Have?

Some estimates state the quantity of groundwater in the earth would cover the entire surface of the globe to a depth of 120 meters. By contrast, the volume of the surface water in lakes, rivers, reservoirs and swamps could be contained at a depth of about one-quarter of a meter.

Although, it is challenging to estimate the total volume of groundwater. Most estimates state that if we do not include the water frozen in ice caps, glaciers and permanent snow, groundwater makes up almost the entire volume of the earth's usable freshwater.

Why Should We Care?

The UN states that groundwater is being over-used in many areas. More water is being extracted from aquifers than is being collected from snow and rain in certain regions. Going down this path will eventually lead to its depletion.

In many areas, the water is polluted, and remediation can be a long and challenging process. This can increase the costs of processing groundwater and sometimes even prevents us from using it.

It is crucial to explore, protect and use the groundwater sustainably to continue surviving and adapting to climate change while meeting the needs of an ever-growing population.

Canada has quite a few easily accessible aquifers that are easily pumped, like the sand plains of south-central Ontario, large sandstone aquifers in Alberta, or the valley-bottom aquifers in New Brunswick. Typically, these are used for drinking water. 25-30% of Canadians use groundwater as the primary drinking water source. That's around 8.9 million people in Canada! Again, you'll find the Maritime provinces use it the most. For example, New Brunswick and Prince Edward Island are 64% and 100% reliant on groundwater for domestic use as a source of water. In addition, 82% of Canadians living in rural populations depend on groundwater for domestic use.

As we mentioned in previous paragraphs, many Canadian provinces use groundwater as their primary source of domestic water, including drinking water. In addition, fire hydrants are connected to the drinking water distribution system, which means that the water coming out of the fire hydrants is the same high-quality treated water that comes out of the faucet at home.

This system needs to be tested and appropriately cleaned periodically. In heavily populated areas with a lot of traffic, we sometimes see this "flushing" happening while we sleep.

Have more questions? Check out our FAQ

Conventional flushing is the opening of individual hydrants to discharge water until the water runs clear and to confirm the proper operation of the particular hydrant.

This requires a large amount of water and it is less likely to clean the pipe network. With less flow in a given pipe, velocities are often too low to clean and scour the lines adequately. Instead, sediments are just moved throughout the distribution system.

Given World Water Day conversations about water conservation in our cities and rural areas, this is a huge issue facing many regions in Canada when it comes to flushing through fire hydrants and our water systems.

This is why our Unidirectional Flushing is becoming more and more important for water conservation and protecting our environment for years to come.

Even though Canada is seen as a nation rich in water resources (accounting for 8% of the world's renewable freshwater), the perception of abundance masks realities concerning the availability of these resources and minimizes the significantly mounting list of situations that need attention from local and regional levels.

World Water Day 2022 has brought up an essential resource for everyone worldwide, especially Canadians who rely on groundwater to live and stay healthy. Groundwater is a resource we need to take seriously as we consider climate change and water conservation moving forward.

We at Velocity consider water conservation while keeping fire hydrants operable and safe. We strongly recommend Unidirectional Flushing, which reduces the amount of water used by 40% and has other benefits to our drinking water distribution centers.